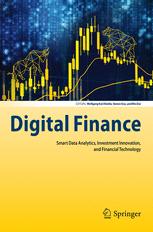 A cryptocurrency token offers a method of incentivizing behavior in a way that supports trusted interaction (through its blockchain-based infrastructure). It also acts as a multipurpose instrument that may fulfill a variety of roles, such as facilitating digital use cases or acting as a store of value. Understanding how to value such an instrument is complicated by these multiple roles because the relative valuation of one role cannot be disentangled from another role—a token is a `bundled’ good. In this work a general pricing model for cryptocurrency tokens is derived, based upon and extending the hedonic pricing framework of Rosen (1974) in a partial equilibrium framework. It is shown that individual roles (or characteristics) of a token may be priced by inverting in a special way the relationship between the token’s aggregate quantity and its provision of characteristics. Interaction between a monopolistic token seller and a representative buyer results in an equilibrium that clears both the aggregate token market and the characteristic market. Particular attention is given to the case in which a token possesses a security role, as this has been a focus of existing discussions regarding the regulation of the cryptocurrency market.

We present a formalization of blockchain as a state machine, focusing upon permissionless blockchains due to general audience awareness of its most popular implementation, Bitcoin (permissioned blockchains are treated similarly without loss of generality). After presenting a typical Bitcoin transaction workflow, a general blockchain state representation is derived. It is demonstrated that the proper mathematical object defining the state of a blockchain is a topological fiber bundle, because it is not possible to globally `parametrize’ blocks (or ledgers of blocks) by time due to their dependence upon cryptographic hash functions. In addition, we specify a general transition function between blockchain states that is agnostic to the consensus mechanism used to write blocks into the ledger, and which is probabilistic in nature, so that blockchain may be regarded as a probabilistic state machine. We then interpret agents (both human and code-based, such as `chaincode’, `smart contracts’, or other artificial intelligence) as automata interacting with blockchain technology, drawing upon the theory of non-cooperative repeated interaction games. Finally, blockchain as a hierarchy of state machines is defined, and future research directions are presented using this hierarchy as a point of departure for modeling blockchain dynamics.

Political homophily is the phenomenon whereby people prefer to make social connections with others who share their political views or affiliation. We explore how web data can be used to advance research into political homophily, and demonstrate that web data provide both opportunities and challenges for researchers. We discuss construct validity of web data for political homophily research and offer three tests of such validity. Using US political weblog data from 2004 and 2011, statistical social network analysis is conducted to show that there is a significant difference in the mixing patterns of bloggers from the right and left of the political spectrum, and that this difference became more apparent from 2004 to 2011.